NEW YORK, NEW YORK – MILES MCENERY GALLERY is pleased to present an exhibition of new paintings by Emily Mason, made for her second solo presentation with the gallery. A public reception will be held for the artist on 3 January from 6:00 to 8:00 p.m. at 525 West 22nd Street, and the exhibition will be on view 3 January through 2 February. It is accompanied by a fully illustrated publication, featuring an essay by Elisa Wouk Almino.

Emily Mason’s paintings are bold and vibrant, yet mystifying. Her vivid pools of color guide viewers through a journey of discovery—one that feels transcendent yet simultaneously appeals to our earthly senses. Following her instincts and using her hand to tilt and maneuver each canvas, Mason creates paintings that are pure color in motion, and that appear to expand beyond their edges while slowly unveiling their identities. In this vivid series of works, she lets go of control and allows the oil paint to speak for itself.

While viewers may at first derive meaning from their evocative titles, Mason’s paintings require careful study in order for them to be experienced fully. Each work has an individual climate; one that often evokes both the ferocity and the serenity of the natural world. While her work is never a direct depiction of nature, her process parallels the workings of nature. As Elisa Wouk Almino says, “Mason’s paintings, like elements in nature— an unpredictable wind or gliding, amorphous cloud—have a mind of their own.”

EMILY MASON has spent more than six decades exploring her distinctive vein of lyrical, luminous abstraction. Her paintings executed in oil are distinguished by a sense of intriguing intimacy combined with uncompromising, though gentle, intensity. They evince a sense of structure within open, luminous space and juxtapose robust color harmonies with vivid contrasts that create an engaging optical vibration. Robert Berlind said of her in Art in America, “Mason works within the improvisational model of Abstract Expressionism, though notably without angst or bravado.”

Born and raised in New York City, Emily Mason graduated from New York City’s High School of Music and Art. She studied at Bennington College for two years before attending and graduating from the Cooper Union. She spent 1956-58 in Italy on a Fulbright grant for painting, where she studied at the Accademia delle Belle Arti in Venice.

During Mason’s two-year stay in Italy she married the painter Wolf Kahn, whom she had met earlier in New York. Mason and Kahn’s daughter, Cecily Kahn, is also an abstract painter, as was Emily Mason’s mother, Alice Trumbull Mason, a founding member of the American Abstract Artists group in New York.

Mason has exhibited steadily since she emerged on the Tenth Street gallery scene with multiple exhibitions at the Area Gallery in New York City in the 1960s. In 1979 she was awarded the Ranger Fund Purchase Prize by the National Academy. She taught painting at Hunter College for more than thirty years. Her work is included in numerous public and private collections. 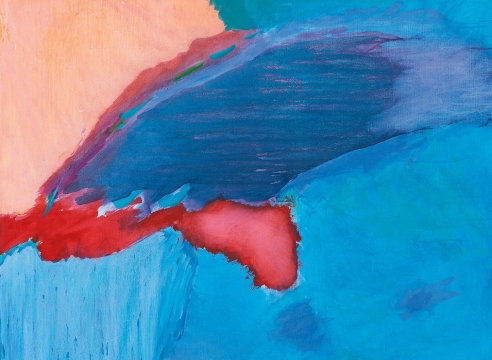 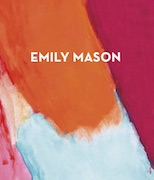