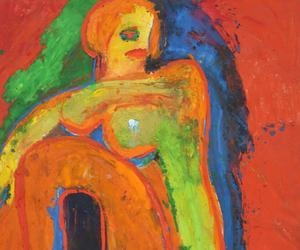 This fall, on the occasion of the New York Studio School’s 50th Anniversary, Steven Kasher Gallery is pleased to present 12 Painters: The Studio School, 1974/2014. This dynamic exhibition brings together painting by six artists who studied at the New York Studio School in the early 1970s: Andrea Belag, Robert Bordo, Joyce Pensato, David Reed, Adam Simon, and Christopher Wool; and six Studio School teachers who influenced them:Nicolas Carone, Philip Guston, Mercedes Matter, George McNeil, Steven Sloman, and Jack Tworkov.  The exhibition will be on view from November 20th, 2014 through January 10th, 2015 at Steven Kasher Gallery, exploring the connections/dissonances of artists from the Studio School across generations.

While based in abstract expression, Studio School pedagogy privileged an existentialist approach focused on the disciplined act of drawing; translating the figure, movement and light; and connecting with the senses through studio practice in rebellion against the dominant art instruction of the day. Works from Mercedes Matter and artist friends, who launched the school as an extension of drawing salons in her home, are created from heroic abstraction of action and myth, with roots in figuration and nature. Reflecting the group’s European influences, it was serious, un-ironic, and intensely dedicated.

Shown alongside these paintings are the next generation of acclaimed contemporary artists whose works built on and opposed those formative attitudes, and reflect the cultural and societal influences of their time.  Responding to the development of pop, minimalism, conceptualism, and a turn against abstract expressionism, they transpose the heroic modernistic approaches in a variety of bold post-modernist ways incorporating humor, self-consciousness, contemporary imagery of cartoon characters and toys, critique of corporate commercialism and consumerism, and a coming together of expressionism and gesture with the cinematic and electronic.

The exhibition will be accompanied on Saturday, December 13th by a panel discussion with historians, writers and artists addressing the legacy and impact of the Studio School on artists’ work over the generations. Panelists are: Mira Schor, Barry Schwabsky, Robert Bordo, and David Reed. Moderated by Andrea Belag.