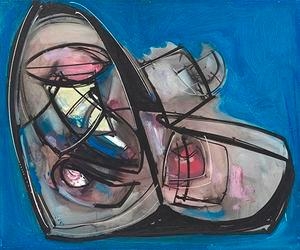 In cooperation with the University of California Berkeley Art Museum and Pacific Film Archive, Kunsthalle Bielefeld will present the exhibition Creation in Form and Color, dealing with the work of the German-born painter, Hans Hofmann. The exhibition opens at Kunsthalle Bielefeld on 5 Novemer 2016 and remains on view through 26 February 2017. It will travel to the Musee National d'histoire et d'art - Luxembourg and be on view from 28 September 2017 through 14 January 2018. A third venue for the exhibition will be announced.

Hofmann was born in 1880 in Weissenburg, Bavaria, and died in 1966 in New York. After immigrating to the United States in 1932, he became one of the most influential teachers to a new generation of artists there, who, in turn, influenced the New York school of Abstract Expressionism. Artists such as Jackson Pollock, Lee Krasner, and Helen Frankenthaler were fundamentally affected by his teachings of modern European theories of painting. Thanks to his studies and life in Munich and Paris, Hofmann was well acquainted with the important European artists, such as Braque, Picasso, Matisse, Robert Delaunay, Sonia Delaunay-Terk, and the members of the Der Blaue Reiter group.

It was not until 2015, after years of research, that Hans Hofmann’s catalogue raisonné was completed. Thanks to this research, works that have never been shown in public have been discovered and integrated into the concept, so that the exhibition provides a new perspective of the oeuvre of this avant-garde modernist, who still remains largely unknown in Germany. The show will open in Bielefeld, and then travel to the Museum für Moderne Kunst in Luxembourg, and finally to the Berkeley Art Museum in 2018.

The exhibition is sponsored by the Hans Hofmann Foundation, New York, and the Stiftung der Sparkasse Bielefeld.