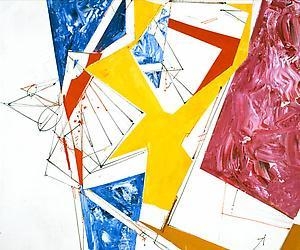 This exhibition will focus on Provincetown's legacy as an art colony, and will cover over 100 artists from Charles W. Hawthorne's founding of the Cape Cod School of Art in 1899 to the present day. This will be the largest and most comprehensive survey of the art colony completed in over 40 years.

The exhibition and accompanying scholarly catalogue will be divided into nine sections that focus on various events in the art colony, such as Forum 49 and the founding of the Fine Arts Work Center.

The artists included will be displayed in one of these sections to highlight the narrative of Provincetown's importance in America's art history. While many of the artists-such as Hans Hofmann and Robert Motherwell-worked or lived in Provincetown for years, some major figures of the 20th century-including Stuart Davis, Willem de Kooning, Charles Demuth, Marsden Hartley, and Mark Rothko-also "passed through." We aim to show that many of the most important artists of the past century were inspired by Provincetown.