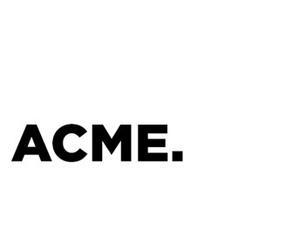 Artist Iva Gueorguieva arrived in the US as a teenager 26 years ago, somewhat accidentally. Her family urgently emigrated from their native Bulgaria in the wake of Communism's fall, but their flight to Canada was diverted to Washington, DC, by a freak storm—so they settled in Baltimore instead. "People see a violence in my work that they think references life in Europe, but honestly, Baltimore in the 1990s was pretty intense!" She attended art school in Philadelphia and lived for a long while in New Orleans, before settling in LA about ten years ago. She had left New Orleans two months before Katrina, and she knows that the perception of violence comes partly from that, too—though in fact, it is a violence done to art historical conventions and complacent iconography rather than to characters in settings. Her post-Katrina series was called Talisman Debris, hearkening to witchcraft, reliquary, and destruction. On a personal level, this represented a reconciliation of her "survivor's guilt" for escaping Katrina, which resonated deeply with her experience leaving Europe as well. All of this and more she still carries with her.

As a child, she loved to walk along railroad tracks and rough country roads, and this imagery has recurred in her art since forever, including her recent forays into sculpture. "In Sofia we lived by the tracks," she recalls. "And there was always a man in a black coat standing up ahead at the turn. I imagined he was guarding the gates at the end of the world." New Orleans, of course, came to look like the end of the world, as well. A visual and symbolic lexicon of fantasies and the real events in her life she calls "traumatic departures" is so fundamental to the way she comprehends existence, that even though she's put down roots in LA and lives very much in awe of the natural beauty and magic of this place, her view of the city—and the works of art it has inspired her to create—is tinged with the shadow of doom. Her kaleidoscopic melancholy exists under the sweep of LA's open sky, yet she is compelled to remember the persistent precariousness of paradise. "It was disorienting at first," she recalls. "The sun here can be hurtful. The lack of water, the arrogant way in which we flaunt the obscenity of our lifestyles. I am far away from the places of my childhood, and all this leaves me wondering, is there even such a thing as place anymore?"

Her rather epic paintings on canvas have always had a style defined by explosions, shrapnel, shards, and remnants. In all the most important ways, her current work in sculpture is not a departure from the paintings, but a true extension and expansion of her consistent vision, as expressed through her reckless treatment of pictorial space. When she found the Graphicstudio in Tampa, she "fell in love with all the garbage! Their salvaged-metal stockpile of dissolved, dismembered scraps like teeth and railroad ties, all full of strange holes, cuts, and rust" inspired her, to say the least. She goes to Tampa every few months for an intensive trip, executing one or two pieces from start to finish, working on site with the impromptu immediacy of sketching—except with welding gear and metal scraps, nail-guns and wood.

Conveying the same spliced-consciousness narratives and whiplash gesturalism that animate her paintings, in her sculptural constructions, landscapes and living things merge even more deeply into a singular, fragmented continuum. She sees the dimensional, frequently anthropomorphic sculptures as figures individuating from the landscapes, yet the skins stretching across their quasi-anatomical armatures contain the imagery of those origins. In addition to elements of painted canvas, these skins heavily incorporate printmaking and found materials —lithography, etching, printing on linen, glued collage—using repeated imagery to create optical shifts and illusion of movement.

Works of art have an object quality," she muses, "but are able to access esoteric space and time, independent of bodily logic. These images and objects change as you look at them; with time, things appear and disappear." Her fractal instinct for building multiple layers and screens acts against the presumption of singular space, undermining the solidity of forms and the rigid dominions of landscape, still life, portrait, and history genres. Gueorguieva courts synchronicity, multiplicity, coincidence, and unfetteredness, in the spirit and sometimes manner of her eclectic pantheon—Kandinsky, Tatlin, Bontecou, Agnes Martin, Gordon Matta-Clark. "Humans have a fundamental need to transform. All kinds of things are possible in painting, you can make it up. Sculpture requires more of a response to what is there. But my imagination has no need to compete with the found," she says. "This baggage is an asset."

A show of new sculptural works by Iva Gueorguieva remains on view at ACME Gallery, in Los Angeles, from April 25 – May 23, 2015. www.acmelosangeles.com