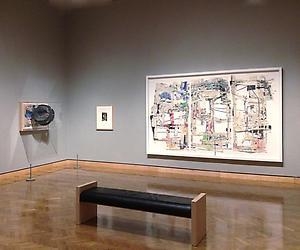 It's New, It's Now. See iconic, eye-catching works by bold-faced names in the contemporary art world. Ranging in date from the 1960s to the present, this exhibition showcases more than 90 original works on paper.

Many of the editioned prints on view were produced in collaboration with nationally prominent print workshops and publishers, such as Universal Limited Art Editions; Gemini G.E.L.; Crown Point Press; Tyler Graphics; Pace Editions; Shark's Lithography; and the Lower East Side Print Shop.

Selected works are donations from individuals, businesses, and foundations, given to the MIA since 2007. As such, the exhibition celebrates the generosity of the collecting community, whose ongoing support of the MIA's mission of collecting and exhibiting art of our time is essential.