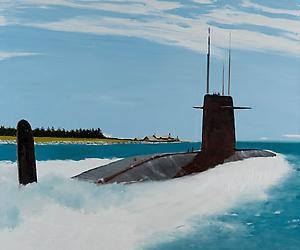 Caribbean: Crossroads of the World will highlight over two centuries of rarely seen works—from paintings and sculptures to prints, photographs, installations, films, and videos—dating from the Haitian Revolution to the present. This exhibition employs an inter-disciplinary approach to advance our understanding of the Caribbean and its artistic heritage and contemporary practices. It focuses on four central themes: Fluid Motions, Counterpoints, Shades of History, and Kingdoms of this World. These interconnected frameworks allow insight into the complex context from which the vital and varied artistic production of the region has emerged, illuminating the multiple histories of the region.

With over 150 objects, Caribbean: Crossroads of the World features a range of diverse media depicting images of and about the region. Artists who have lived and worked in the Caribbean, as well as artists living abroad who responded to the rich visual tradition and history of the area are shown side-by-side. This exhibition mixes historical work by artists such as Jacob Lawrence, Victor Patricio Landaluze, Camille Pissarro, Wifredo Lam, Amelia Peláez, and Armando Reverón, with works by contemporary artists, including Allora and Calzadilla, Janine Antoni, Renée Cox, and Ebony G. Patterson, among many others.

Traffic depicts a drug smuggglers' submarine moving swiftly along an unidentified coastline in the Caribbean. The boat's sophisticated features imply the military and state's frequent and widespread complicity in drug trafficking. The suggestions of government involvement in the proliferation and consolidation of illegal activities has long been a subject of Caribbean art, from images of pirates and privateers-turned-governs to military ships smuggling contraband.

Arriving in New York in 1964 at age 20, Julio Larraz began publishing political cartoons in major newspapers, including the New York Times and the Washington Post. By 1967, he turned to painting and developed a style that employed carefully crafted compositions to satirize the idea of the high life in the sunny Caribbean. His witty images of characters at extravagant resorts and marinas often border on the absurd.