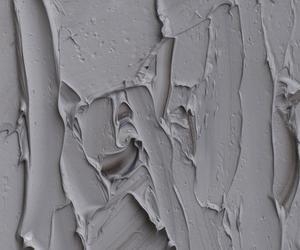 Páramo is pleased to present "The Stand"; our first exhibition with Liat Yossifor (Isreal, 1974). Yossifor's paintings are lush and highly tactile. Composed by hand and painting knives, each stroke relays a rhythmic action that draws in the viewer to engage and react to every movement. The artist becomes absorbed; she physically responds to the canvas, creating a visceral and intuitive dialogue. The gestural nature of the application in this new body of Monochromes is inspired by "The Stand", a dance choreographed by Stever Paxton, who describes it as follows:

Well, first of all, it’s a fairly easy perception: all you have to do is stand up and then relax, you know, and at a certain point you realize that you’ve relaxed everything that you can relax but you’re still standing and in that standing is quite a lot of minute movement: the skeleton holding you upright even though you’re mentally relaxing. Call it the “Small Dance”; it was a name chosen largely because it’s quite descriptive of the situation and because while you’re doing The Stand and feeling the “Small Dance”; you’re aware that you’re not ‘doing’ it, so in a way, you’re watching yourself perform; watching your body perform its function. And your mind is not figuring anything out and not searching for any answers or being used as an active instrument but is being used as a lens to focus on certain perceptions.”

Paxton's logic inspired Yossifor to consider the nature of the Monochrome as an action, "I was thinking of this still act, composed of many small gestures like the muscles that keep a body up to perform "The Stand," and the relationship between stillness and action as a social response to the world. This thinking helped me redefine for myself the purpose of the Monochrome." These new works appear looser than earlier pieces, less about the categories of figuration and abstraction. Instead, they are bodies themselves. As bodies, much like Paxton's standing bodies, they are simply structurally but socially active. They resist the pictorial like a dancer who denies the narrative of dance. In both instances, the resistance is not an anti-medium exercise, but a social and existential one.

Liat Yossifor is an Israeli-born artist based in Los Angeles. Yossifor earned her MFA from the University of California, Irvine, 2002 and has had residencies at The Ucross Foundation, Clearmont, WY (2008) and the Frankfurter Kunstverein, Germany as a guest of the Deutsche Börse Residency Program (2010). She has been in numerous solo exhibitions, including: The Contemporary Art Museum St. Louis, MO (2015), The Armory Center for the Arts, Pasadena, CA (2015), Broad Center, Pitzer College Art Galleries, Claremont, CA (2015), and the Pomona College Museum of Art, Claremont, CA (2007). Her work is in the current exhibition “Grafforists” at the Torrance Art Museum, CA. Additional selected group exhibitions include: “Stolen Gestures”, Kunsthaus Nurnberg, Germany, and “Subject”, Lyman Allyn Museum, New London, CT (2006). Yossifor was a Rema Hort Foundation nominee in 2012 and a finalist for the London International in 2009. The DoppelHouse publication, Liat Yossifor: Movements’ was launched last month in Los Angeles, CA.