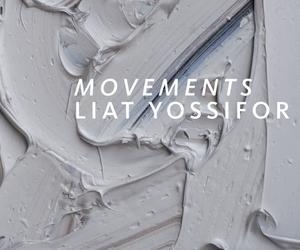 Liat Yossifor’s first artist monograph focuses on a series of ever-evolving grey paintings she produced from 2011-2016. Employing a time-based process to create these works, she continuously scrapes, sculpts, and re-works the paint until it hardens on the surface. Of the works here, Yossifor has said, “The grey is so much more for me. The grey is the result of color being consumed, of constant editing. The grey is the result of a thousand paintings that got destroyed in the process of making a single one.” Yossifor was recently profiled by Modern Painters as an artist to watch for 2016 and this year has exhibitions in New York; Frankfurt, Germany; Guadalajara and Chicago. The book includes essays by Karen Lang, Christopher Michno, Stella Rollig and Ed Schad and was designed by award-winning Vienna-based graphic artist Peter Duniecki.

Yossifor earned her MFA from the University of California, Irvine, 2002. She completed residencies at The Ucross Foundation, Claremont, WY in 2008 and at the Frankfurter Kunstverein, Frankfurt, Germany in 2010 and is represented by Ameringer | McEnery | Yohe Gallery, New York; Anita Beckers Gallery, Frankfurt, Germany; and Patron Gallery, Chicago, IL.

Karen Lang was a professor of Art History at the University of Southern California before moving to the University of Warwick ( UK ) in 2011. From 2010 – 2013 she edited The Art Bulletin, the leading peer-review journal of international art history.

Christopher Michno is a writer and the Associate Editor of Artillery, a bimonthly contemporary art magazine based in Los Angeles. He is a regular contributor to KCET’s Artbound blog. His writing has appeared in anthologies and Los Angeles publications including the LA Weekly, Artillery and Art Ltd.

Stella Rollig is an Austrian curator, author and former journalist for ORF Radio and Der Standard. From 1994 to 1996 she acted as Austrian Federal Curator for Visual Arts. She has been teaching at various art schools, and since 2004 has been the artistic director of the Lentos Kunstmuseum Linz.

Ed Schad is a Los Angeles-based curator and writer for art and culture publications including the Los Angeles Review of Books, Art Review, Frieze, Modern Painters, and The Brooklyn Rail. Most of his writing can be found on his website, http://www.icallitoranges.com.