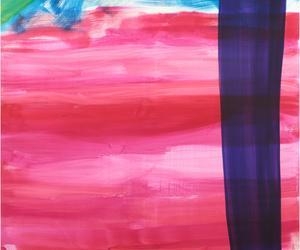 The Canadian-born, Los Angeles-based painter is a master colorist who fetishizes the brushstroke to striking effect. For this exhibition of recent paintings she opted for a kind of reverse working method. Instead of creating sketches and studies for a larger painting, Van Genderen made the large work first and endeavored, on six smaller canvases, to recreate sections of that painterly abstraction that were as true to the original painting as possible. The small-scale “copies” could theoretically be reassembled to ape the original piece. Works were sold to major collectors in the United States and Canada, many of whom were faithful clients of the gallery. The small paintings were priced at $18,000, and the large, abstract cornerstone piece, Untitled, 2014, had a price tag of $60,000. The artist has a significant following in Germany, Norway, and the rest of Europe as well as in Asia, specifically in Singapore. Here, Van Genderen continued to challenge her audience by working beautifully backward. She referred to the smaller fragments as “the contemporary mutation of the physical and philosophical process that goes into painting.”