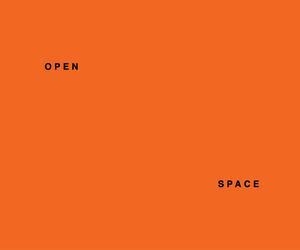 39;Open Space' is the latest in a series of exhibitions I have curated in my studio. It follows 'Communal Table' (2014) and 'Common Room' (2015). This trilogy examines the conditions under which both physical and social space is determined by architecture, and in turn, how artworks inhabit, create, and refer to this space. Both previous shows were attempts to create temporary structures that existed as autonomous architectural entities within a larger space.

This current show considers a different, more fluid condition of architecture. The installation focuses on the negative space that surrounds the built environment. My intention is to connect to larger invisible structures, such as belief systems, ideologies, and utopias.

Focusing completely on works on paper, this show looks at drawing as the purest representation of larger and sometimes intangible ideas and ambitions. While some works are actual sketches or plans for sculptures or structures, others are concerned with creating an abstract language. My interest lies in the potential of drawing to create an autonomous system or space, often in the most economic way.

39;Open Space' will not be a unified structure, but rather an open-ended installation of large and small wall elements propped against the studio walls, on which the artwork will be presented. These pin-board walls will also become drawings on their own, with large abstract shapes stenciled on them."