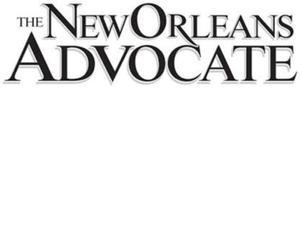 Painting and photography have always had a complex relationship.

Conceived as an adjunct to painting in the earliest years of its development in the first decades of the 19th century, when many painters discovered how useful photographs could be in composing their canvases, photography quickly assumed an artistic presence and legitimacy of its own (albeit one that often still took its cues from traditional painterly modes of representation).

Things came full circle in the last decades of the 20th century, however, when several painters returned to taking cues from the compositions and optically precise detail of photographic prints. But those photorealist paintings were a world away in color, scale and detail from their 19th century antecedents.

More than 75 of those paintings are currently on view in “Photorealism: The Sydney and Walda Besthoff Collection” at the New Orleans Museum of Art, curated by former NOMA curator of modern and contemporary art Miranda Lash. The Besthoffs, of course, are best known for their collection of sculpture in the Sculpture Garden adjacent to NOMA; “Photorealism” spotlights a lesser-known part of their remarkable collection.

Despite the considerable technical prowess they exhibit, some photorealistic paintings can feel like little more than elaborate studio tricks: “This looks like a photograph, but it’s really a painting!” And several of the flat, eerily static canvases can come off as soulless.

But other paintings in “Photorealism” transcend such gimmickry. The best ones, like ones by photorealist master Richard Estes, emphasize and call into question what it means to actually “see” something.

Take Estes’ paintings of glossy storefront windows reflecting (and refracting) the busy streets of New York City. In real life, our eyes would be constantly focusing and refocusing between the actual objects in the scene and their reflections in the windows; we’d be physically incapable of taking in all the details of the entire view at once.

But in Estes’ paintings, those reflections and the actual objects they represent are reduced to a single, simultaneous plane on the painting’s canvas. The results underscore just how much of reality we “don’t” see, and are about as abstract as “realistic” paintings can get.

But then, realism isn’t always the point of the works in “Photorealism.” The exhibition materials point out that photorealistic paintings are not necessarily ones which attempt to seem “lifelike”: those are more properly the ones that fall under the definition of “trompe l’oeil,” literally paintings that trick the eye.

Rather, photorealistic paintings attempt to replicate the way we see things via photographs. It’s a subtle but important distinction, and one to keep in mind as you explore the paintings in the Besthoffs’ collection.

Take Charles Bell’s vibrant painting of a glossy ball in a pinball machine hitting its target. It’s a moment that can only have been captured by the fast click of a camera shutter, and an excellent example of the kind of rendering of “reality” that the most effective photorealistic paintings have the capacity to exhibit.

Other paintings in “Photorealism” explore how our experience of looking has been shaped by photographic reproductions. Chuck Close’s monumental mosaic-like portrait of fellow artist Cindy Sherman and two nearby self-portraits are composed of countless smaller elements that cohere into recognizable faces at a distance but dissolve into randomly colored and textured elements the closer you get to them, similar to the way photographs are printed in newspapers. Yet, his haunting 2011 portrait of artist Lucas Samaras is as sharply delineated as a super-high-definition digital print.

Other highlights of “Photorealism” include Don Eddy’s polyptych of photorealistic fragments arranged into an altarpiece-like configuration creating a mysteriously evocative portrait of a particular place. And don’t miss a quartet of small, exquisitely rendered paintings by Rod Penner: in their Polaroid-like shape and scale they look like they could have wandered over to NOMA from the Ogden’s current “Self Processing” show across town.

In a witty adjunct to the Besthoff exhibition elsewhere in the museum, NOMA photography curator Russell Lord has put together a show of photographs from NOMA’s own collection called “Photo-Unrealism” that explores, in Lord’s words, “photography’s potential to distort, disorient, blur, and alter the real world.”

It’s a delightful show, and significant as much for how it engages in a meaningful dialogue with the works from the Besthoff collection as the way it highlights the incredible depth and breadth of NOMA’s world-class permanent photography collection which Lord has been consistently and rewardingly excavating for public view.