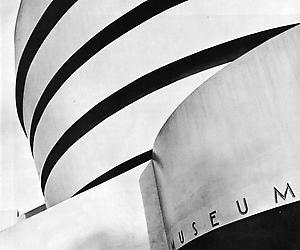 Devoted exclusively to papier collés and related works on paper from the 1940s and early 1950s by Robert Motherwell, this exhibition features nearly sixty artworks and examines the American artist's origins and his engagement with collage. The exhibition also honors Peggy Guggenheim's early patronage of the artist. At her urging, and under the tutelage of émigré Surrealist artist Matta, Motherwell first experimented with the papier collé technique. He recalled years later: "I might never have done it otherwise, and it was here that I found...my 'identity.'" By cutting, tearing, and layering pasted papers, Motherwell reflected the tumult and violence of the modern world, establishing him as an essential and original voice in postwar American art. Motherwell initially produced both figural and abstract collages, but by the early 1950s Surrealist influences prevalent in these first works had given way to his distinctive mature style, which was firmly rooted in Abstract Expressionism. "Robert Motherwell: Early Collages" will be presented at the Peggy Guggenheim Collection, Venice, May 26 - September 8, 2013, before traveling to its second and final venue, the Solomon R. Guggenheim Museum, September 27, 2013 - January 5, 2014.