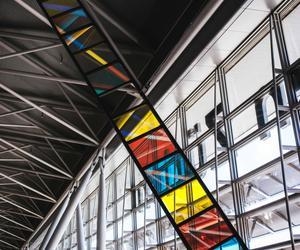 Stephen Dean is a French-American artist based in New York City whose work summons the mesmerizing physiological and cultural qualities of color. He employs a visual language that explores the saturated edge of the color spectrum through large-scale celebratory videos, sculptures and works on paper.

Dean and Swatch have collaborated at several occasions and most notably with the realization of a box set of 5 limited edition watches " painted time".