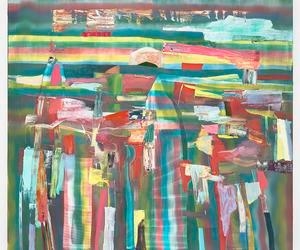 It is the middle of the summer, but the gallery news does not stop!

Today Chelsea’s Ameringer | McEnery | Yohe announced that it will now represent painter Tomory Dodge, who previously showed in New York with CRG Gallery, which said in May that it would close after 25 years in business.

Dodge, who is based in Los Angeles, makes shimmering abstractions that are loosely interlocked and layered. They are playful, sometimes even effervescent, and can be vaguely spiritual. His paintings are in the collection of the Los Angeles County Museum of Art, the Whitney Museum, and the San Francisco Museum of Modern Art, among quite a few others.