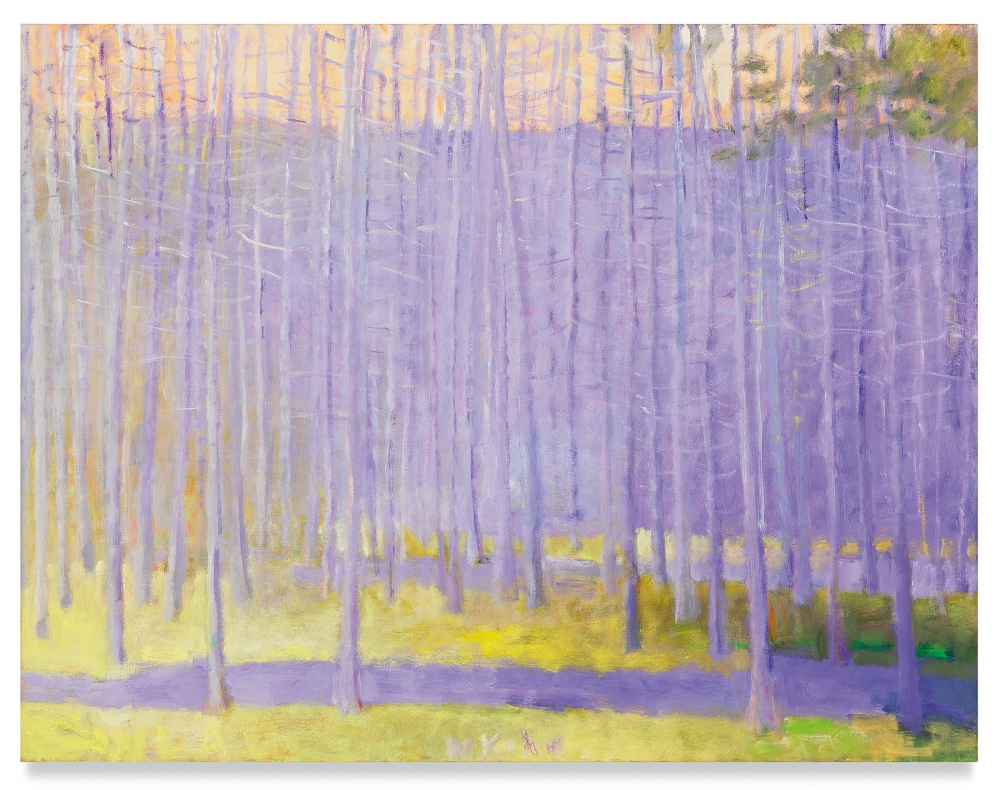 Wolf Kahn, a landscape painter who applied a vibrant, adventurous palette to studies of tangled forests and fog-shrouded mornings, quiet brooks and solitary barns, died on March 15 at his home in Manhattan. He was 92.

Diana Urbaska, his longtime studio manager, said the cause was congestive heart failure.

Mr. Kahn, who divided his time between New York and Brattleboro, Vt., was part of a family of artists. His mother-in-law, who died in 1971, was the painter Alice Trumbull Mason, and his wife was Emily Mason, whose abstract paintings made striking use of color.

Mr. Kahn, who emigrated from Germany as a child, studied with the influential artist and teacher Hans Hofmann, who had himself emigrated from Germany, and in 1952 he was among several former Hofmann students who organized the Hansa Gallery, a cooperative named for their teacher. Mr. Kahn had his first solo show there in 1953, a collection of indoor and outdoor scenes, and made a strong impression.

“The paint spills and runs,” The New York Times wrote of that show, “color crackles with vivacity and the brush might just as well have been guided by a tornado as by hand. Yet this is no manner for manner’s sake. Kahn is a high-spirited, lyrical artist who paints the way he does because a leonine manner seems to fit exactly his response to what he sees.”

A version of this article appears in print on March 28, 2020, Section B, Page 16 of the New York edition with the headline: Wolf Kahn, 92, Who Painted Landscapes Using a Vibrant Palette, Dies.