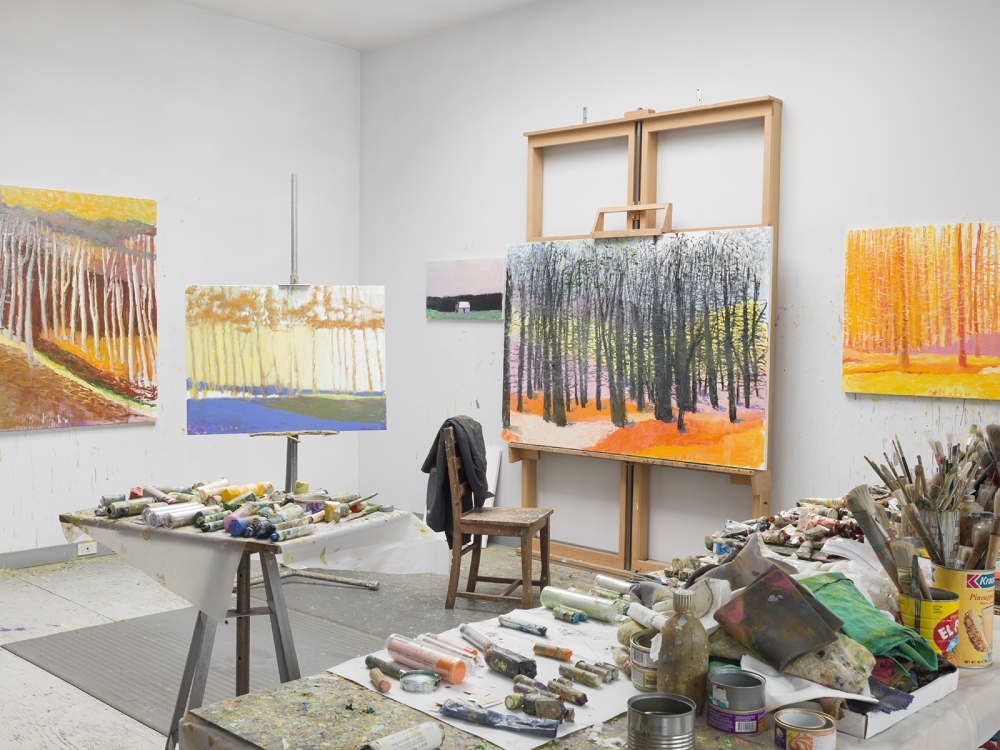 Wolf Kahn, an artist who was evacuated from Nazi Germany as a child and settled in the United States, where he became renowned for his resplendent landscapes depicting beauty and permanence in an often uncertain world, died March 15 at his home in New York City. He was 92.

The cause was congestive heart failure, said his daughter Melany Kahn.

Mr. Kahn was one of thousands of Jewish refugee children shepherded to Britain between 1938 and 1940 as part of the rescue effort known as the Kindertransport. Later he joined his family in the United States and established himself as an artist in the 1950s. For years he divided his time between studios in New York City and Brattleboro, Vt., where he and his wife, artist Emily Mason, worked while ensconced in a hillside farm.